The first edition of the Cinemagia Awards.

The first edition of the Cinemagia Awards was held on 21 December 2021 at the St. Regis in Rome.

The event was attended by numerous guests who participated in various capacities and supported Marateale in all the previous 13 editions.

“This evening was born from the intent to rekindle the spotlight on Cinema, in the Capital, after a long period marked by great difficulties, especially linked to the pandemic” declares Tiziana Zampieri of Magnifica Consulting, project manager of the event, who adds: “It will be one night extraordinary that will first see the award ceremony of the films in competition on the platform and then a gala evening where great names of Italian and international cinema will parade on the red carpet. We will try to create an evening full of glamor and dreams that have always distinguished Italian cinema, surrounded by the timeless style of the St. Regis in Rome“. 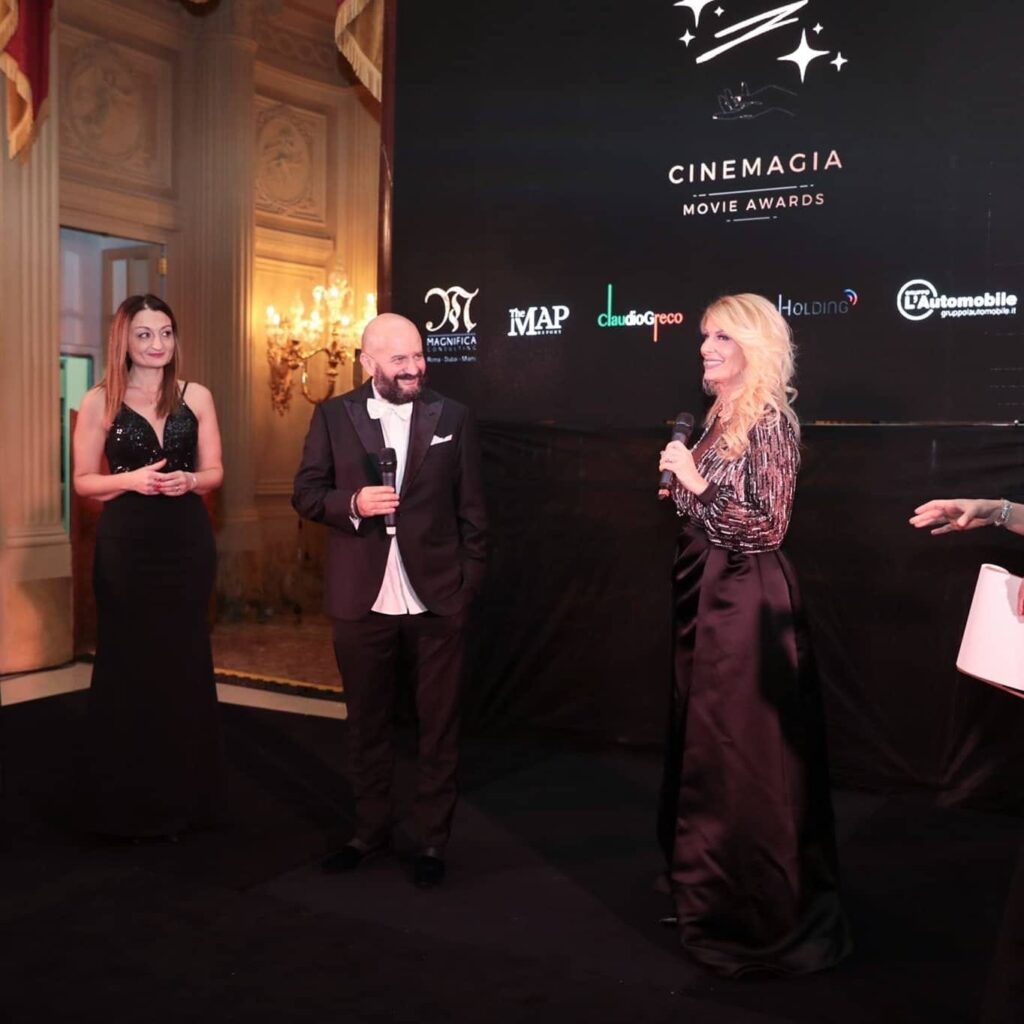 Marateale took part in the event with the participation of the artistic director Nicola Timpone and the president Antonella Caramia.

During the event various awards were offered to characters who have distinguished themselves in the world of cinema and entertainment.

An event born with the aim of rewarding cinema talents and excellence linked to the world of entertainment.

Video of the event

This website uses cookies to improve your experience while you navigate through the website. Out of these, the cookies that are categorized as necessary are stored on your browser as they are essential for the working of basic functionalities of the website. We also use third-party cookies that help us analyze and understand how you use this website. These cookies will be stored in your browser only with your consent. You also have the option to opt-out of these cookies. But opting out of some of these cookies may affect your browsing experience.
Necessary Always Enabled
Necessary cookies are absolutely essential for the website to function properly. This category only includes cookies that ensures basic functionalities and security features of the website. These cookies do not store any personal information.
Non-necessary
Any cookies that may not be particularly necessary for the website to function and is used specifically to collect user personal data via analytics, ads, other embedded contents are termed as non-necessary cookies. It is mandatory to procure user consent prior to running these cookies on your website.
SAVE & ACCEPT